2016 is, if our listen to Facebook, the “worst year ever” and a “year to be forgot” and other such hyperbolic nonsense! For us gamers though 2016 will be remembered as an excellent year for the hobby we love.

In every quarter we were treated to some absolutely brilliant games and more than one all time classic as well, in essence, we were spoilt rotten this year and although three were a number of high-profile flops (or bombas as the Internet now calls them) that doesn’t deminish the quality of the titles.

We also celebrated the twentieth anniversary of the Pokémon franchise, started collecting the rare mythical Pokemon and then witnessed the franchise apart the status quo on mobile while simultaneously becoming the biggest game of the year with Pokémon GO!

On top of this we saw the release of four new bits of hardware and the announcement of two more – but we also heard the death kneels for two beloved consoles (both Nintendo) but its all in the name of progress, I can’t remember a year in which quite so much happened.

In the process of writing this feature I realised that it was going to be far too long (it was over 2000 words) so what was originally intended to be a two-part series has become a four parter! Here’s what happened in Quarter 1 2016!

The gaming year got off to a very slow start with some games that could be, generously, described as subpar amongst those that are forgettable enough to not make many game of the year lists and of course those glorious re-releases!

January was truly a month that covered many bases with its game releases – we saw a narrative driven game like no other with ‘That dragon, cancer’, puzzled away with ‘The Witness’, blew away zombies with ‘Resident Evil 0 HD’ and ‘Zombi’ then finished it all off with a little helping of monster hunter style ‘Final Fantasy Explorers’.

The star of January is debatable, it wasn’t a vintage month and even the “big hitters” were quickly forgotten, some will argue that it was ‘The Witness’, a game so popular that nobody has spoken of it since February, while others will say that it was the brilliant remastering of ‘Resident Evil 0’. Whichever game it was, I think we can all agree that it wasn’t ‘Hardware Rivals‘ – a rare game that was barely worth the asking price of £0!

Game of the month: probably one you got for Christmas/Resident Evil 0 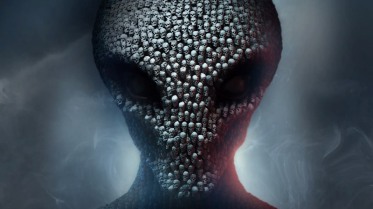 February was the month that things started to get real! We welcomed a new sequel to one of gaming royal families, Street Fighter. Street Fighter V’ had a lot to live up to; unfortunately for us that was the one game that got rushed out the door in order to give pro gamers the time to get familiar with the new mechanics in time for Evo 2016. As a result of this it meant that we were charged £50 for a game that barely had any functionality beyond online fighting, the game rightfully bombed and Capcom have been firefighting ever since.

February also saw the release of ‘Far Cry: Primal’ and ‘Plants vs Zombies: Garden Warfare 2’ – two games that no one gave a shit about a week after release and that absolutely no one talks about now, mostly because they were painfully average! ‘Firewatch’ and ‘Unravelled’ also got released in February and got forgotten about precisely 12 hours later, which is a shame because both were quite good!

Worry not though reader, there were actual excellent games released in February too! ‘X-Com 2’ and ‘Fire Emblem Fates’ got released and saved the month for everybody! While neither was an all time classic they were excellent and should be remembered and played if you haven’t already! 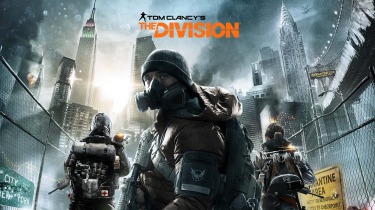 March was a month that I was personally looking forward to because it held the deep promise of ‘The Division’! The years first blockbuster title, and while it was not the game that Ubisoft promised us in those early videos, what they released was damned good loot shooter. I’ve lost a lot of time to ‘The Division’ (2days 12 hours at time of writing) and I’ve recently gotten back into it with the superlative survival mode update!

Nintendo was ridiculously busy in March and they gave us three high-profile titles. We had not one but two Zelda games and while one was decent (‘Twilight Princess HD’) the other was total garbage (‘Hyrule Warriors’) and of course ‘Pokken Tournament’ which was actually very, very good!

Agent 41 found his mojo again and the episodic launch of the new ‘Hitman’ was a critical and commercial success – rightfully so, that Paris level was awesome!

March also saw the first of four hardware launches and it was, of course, the Oculus Rift. It did well enough but the price point and system requirements stopped it from being a runaway success eventually sales will stall for it leading to many proclaiming VR as dead.

March really did kickstart the year.

Game of the month: The Division

Overall, it wasn’t the start of the year many wanted, while there were a lot of disappointing titles and some excellent ones the lack of truly classic titles was obvious to everyone! Thankfully for 2016 12 happened in April and kicked everything up a notch – in May there was; at least, one all time classic released and it was well worth the wait!

Game of the Quarter: The Division – based purely on its quality, the world building (that is still top class and nearly unrivalled), the amount of time I spent in it compared to other games released and because it led to the formation of the world’s first “British Queue in a virtual domain”!

What was your game of Quarter 1?

Tell me in the comments/twitter/facebook!