Welcome to this year’s Frightfest!

WE all play horror games for one reason and one reason only, to scare the living hell out of ourselves for a few hours with the safety of knowing that we can never be harmed by anything we are seeing! It’s exhilarating, liberating and God-damn exciting when a horror game is well crafted and it maintains its atmosphere for the entire duration of its running time.

However there is very few things that are more disappointing to a gamer than playing a horror game that gets so much right in its first few hours only for the fear to be removed for the rest of the game! I’d argue there’s nothing worse than a developer trying to scare you for 6 hours but succeeding for only 1 or two of them; and unfortunately for us, this is extremely common! Much more common than those who successfully scare us consistently throughout their length!

Here are only a few examples that stick out at me. 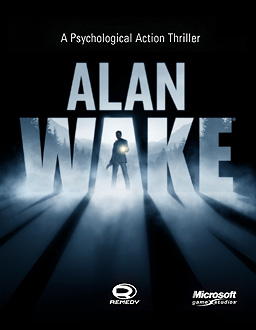 For the first few hours, Alan Wake was a tour de force in establishing its horror and making the player feel frightened. The player was alone in the woods, woefully unprepared, the enemies were introduced in a way that made them feel like a threat and unpredictable and the method of destroying them made every fight a nervous encounter.

The enemies (to begin with) were absolutely incredible; sure they relied on the trope of the deranged hill billy but the light and dark mechanic was borderline genius and it could have made for an incredible horror experience…

…unfortunately for Alan Wake, everything you see within that first hour is everything the game has to show you. Remedy reused absolutely everything repeatedly with diminishing returns each time – before you know it your fear is gone and for the next 7 hours the enemy encounters become an inconvenience on your journey to the end credits. The bosses show a little more imagination but the game never progresses beyond shine a light on your enemy and then shoot them until they die. Don’t get me started on the product placement that repeatedly pull you from the horror experience and remind us that we’re playing a game.

Nothing comes close to that first hour or so and it turns Alan Wake from a potential classic into just another also ran, high-budget horror game that stops being, even remotely, scary. I was extremely disappointed by Alan Wake from a horror perspective; but at least the story was good! 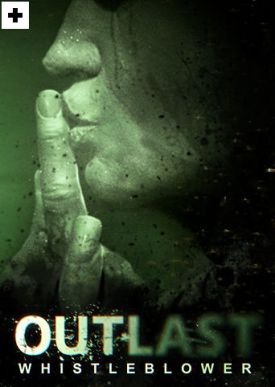 Outlast, was part of the horror game renaissance that occurred at the beginning of the current console generation. Made by Red Barrels, a newly formed indie game developer made up of veterans, the game was destined for success after Pewdiepie, Markiplier and JackSepticEye all played it on their channels and did a great job of selling its horror to their audiences.

And if you only played the first hour then you’d agree with their assessment and reactions of the game. However, like Alan Wake, Outlast never makes changes to its core gameplay from the opening – by the time you get to the second section of the game (or maybe before) you know exactly how everything works and it becomes stale. Jump scares remain for the whole playthrough but they are well telegraphed and cheap – the game even drops the need for the camera’s night vision!

Well before you get to the finale you will sprint everywhere only stopping to let enemies pass you by as you hide – the game almost becomes boring – which is an absolute crime in my book. Sure there are a few moments of tension, but that’s only one faucet required for a game to be scary , Red Barrels either got lazy or had limited funds…

…either way, what started as an absolutely terrifying experience quickly descended into monotonous, repetitive drivel that had the worst story in a horror game I’ve every played. It’s finale is embarrassing and to be honest it wasn’t worth the journey. 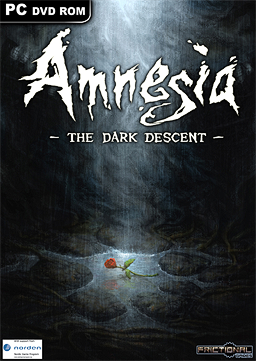 Amnesia has all the ingredients of a great horror game, and like Amnesia, for the first hour it is an incredibly frightening experience!

The atmosphere created here is second to none, the slow burn to the enemy unveil and finally the teaching of the games mechanics are all expertly crafted and keeps you on the edge of your seat with your nerves fraying more and more with every passing moment. However as soon as the opening is completed the game falls apart (from a horror point of view)…

…Amnesia loves making use of sound to unnerve the player, however it uses the same old trick far too often! You’ll enter a new area, here a soft noise that gradually grows to a loud banging, then a monster will appear, you’ll hide (in a ridiculously obvious place) and rarely (if ever) get found – as the game progresses you’re conditioned to know that these enemies are harmless and pose no threat…

…Amnesia aims to be a rollercoaster with all of its elements but in the end it is actually a ghost train. Sure it looks and sounds terrifying, but beyond someone jumping out at you there is no danger, and where there is no danger there can exist no fear. This is the biggest thing that hinders Amnesia from being a truly great horror game; regardless of how loud or regularly Pewdiepie screams!

What horror games have you played that left you unmoved after its opening hour?

2 thoughts on “Frightfest 2017: Horror games that stopped being scary after their opening hour”