When I received the notification on Twitter that I had been nominated by Eri over at healingthemasses and gameintrospection for the Liebster; I was completely confused!

What the hell is a Liebster?

A quick Google and I think I have this down! If this is wrong – I apologise – but here goes nothing.

11 random facts about myself..

Now to get to the crux of the situation; Eri’s questions first me thinks.

I would love to have an expertise in something that would further our knowledge as a species.

I’ve always been interested in space but I really don’t have a clue about the science behind it all! I would love to be an expert in that!

This is much harder than I imagined to answer – I loved loads of cartoons growing up, the usual suspects are there of course; He-Man, TMNT, Joyce and the Wheeled Warriors, Thundercats and transformers.

If I was being forced to pick one cartoon (I am) though I’d probably go for Turtles, I was obsessed with those guys for the longest time and they had some cracking games too!

TV show is a no-brainer though Saved by the bell!

A monster that is in control of itself! I’d hate to be a mindless monster.

With this in mind is like to be the xenomorph from alien! It is the perfect organism and why would I want to be anything less than perfection?

In the halcyon days of the Mega Drive/Snes I would say the humble lift – but only because those levels were awesome! Throwing dudes off the level and watching them fall to their doom was great craic!

Nowadays though its harder – I guess I do enjoy the wingsuit in Far Cry 4; something a bit different and it is a smashing game mechanic.

My Buzz Lightyear Deluxe Movie edition that MrsLuvvaLuvva got me a few years back – it does everything Buzz does in the movie (except fly).

I know everyone says this, but my music collection spans a vast amount of artists and genres! The one song that gets me moving everytime I hear it though is ‘rather be’ by clean bandit!

Neville Chamberlain – for lacking the courage in stopping Hitler and preventing a major war.

The law of physics! Imagine being able to fly or better yet, teleport! That would be awesome, I’d be zipping about everywhere faster than light! Wonderful!

Rewind function from Forza motorsport; not because I’m a bad driver, but because I have a terrible habit of doing stupid stuff  – I’d love a do-over!

Even the guide lines from Forza would do; it would stop me making bad decisions! 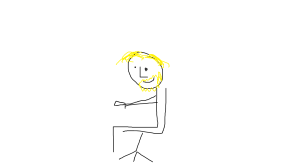 PHEW! Now we can get to gameintrospection’s questions!

MrLuvvaLuvva is my original online handle. It came from naming myself on xbox live ( a massive decision) while I pondered it I went for a cup of tea, on the TV in the living room was Shaggy ‘Mr Bombastic’ – I though MrLuvvaLuvva was a cracking name so I plagerised it!

100 ducks, because they are cute and not at all frightening. Imagine a wolf sized duck! Holy Moley!

When I played Ultima Online I had a character called JimmyJoeBob he was the most flamboyant man I have ever met, he shall be granted life.

On the other hand my create-a-wrestler; Jimmy Bob, should be imprisoned; he hurt people in the ring with his piledriver finisher.

I’ve mentioned this before on my blog, I was king-dick at WCW vs NWO World tour/Wrestlemania 2K and No Mercy! I was nigh-on unbeatable at those games. The thing I learned from playing them was to gracious in victory – otherwise no-one will agree to play you.

The scene that sticks out in my head the most is the UFO ending to Silent Hill, it was so fricken funny, if you don’t know what it is – it’s basically a motion comic in which you meet aliens and as you’re asking them if they’ve seen your daughter they shoot you and kidnap you!

If those aliens were MrsLuvvaLuvva, that terrifies me, she knows all my secrets and to think she could be using them to plot the invasion of Earth is sad 😦

Dehydrated Pizza (Back to the future 2) – because, it’s pizza, it’s instant and it looked delicious!

Infamous – the most bland of all the franchises in Sony’s arsenal; bland, boring and consistently sells millions. Who enjoys this shit?

I have never played it. The height of entry seems too high, I’ve missed the boat on it, and I’m alright with that.

Deadly premonition is a game that I hard sell to everyone, it’s a game that deserves to be played by everybody. The game I’d make everybody stop playing is Infamous – seriously. STOP PLAYING IT FFS!

I think I can give myself the seal of approval!

Now the fun part – my nominations are Cary, Mabrick and LMG! Have fun guys 😀 here’s my questions: